One Nation, a public policy organization dedicated to promoting commonsense legislative solutions, continued its advocacy effort in Ohio urging Congressman Tim Ryan to vote against reckless spending proposals in Washington that would fuel even more inflation. The new advertisement, “Real,” is the second spot of the $3.8 million, multi-week buy and goes live today. 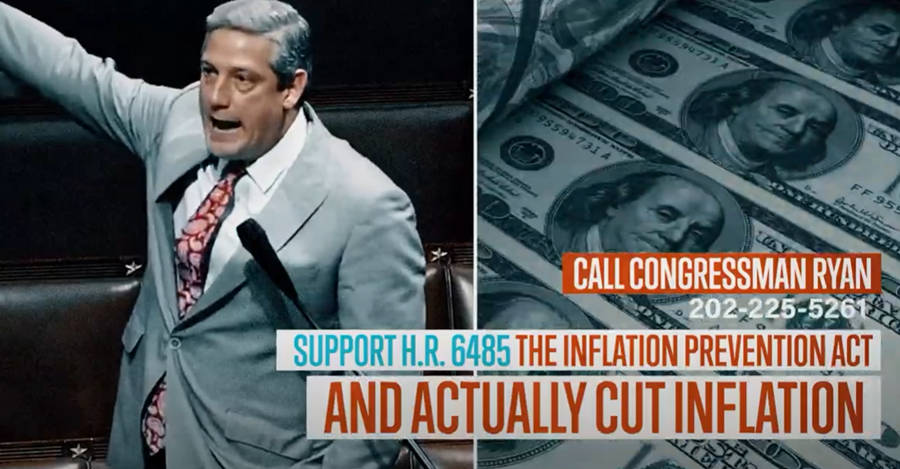 Voting for nearly two trillion dollars in reckless spending, squeezing Ohio with inflation and higher costs on everything from groceries to gas.

And Congressman Ryan just voted to spend hundreds of billions more, crushing us with even higher “real” inflation.