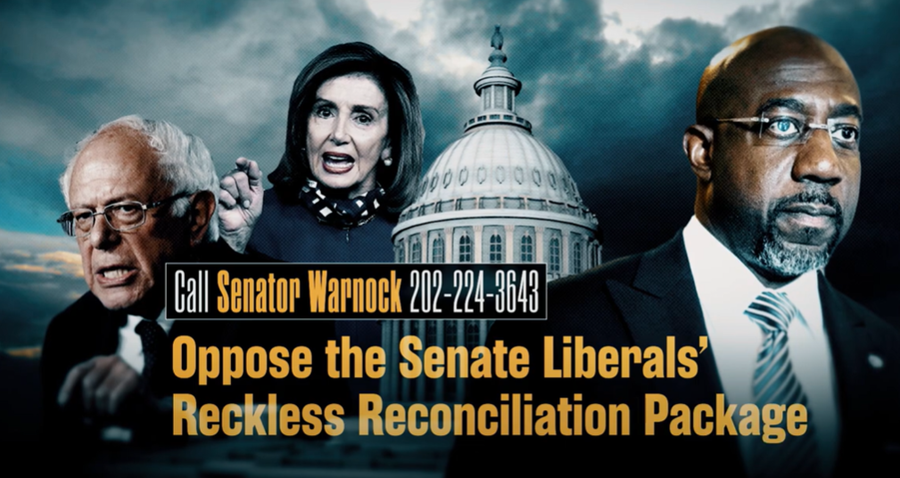 [Announcer] Trillions in liberal government spending has sent inflation through the roof.

Tell Senator Warnock: stop the liberals’ reckless spending hurting Georgia families and start voting against out of control Washington spending that is killing us with inflation.